Love in the time of Covid: what are ‘turbo relationships’ and can they last?

Many new couples experienced high speed intimacy during lockdown. In part three of our pandemic series, we look at the challenges these relationships could face in the post-lockdown era...

For most of us, the outbreak of the Covid-19 pandemic was a time of huge emotional intensity. Almost overnight, we found ourselves plunged into a collective sea of fear, anxiety and uncertainty — and witnessed huge shifts in social behaviours as a result. Suddenly, old norms such as hugging became taboo, while old taboos rapidly became the norm.
‍

One example of the latter is the ‘pandemic turbo relationship’ — in essence, new romantic relationships that reached levels of commitment that might have taken years in pre-Covid times. Examples of this include couples moving in together after a few dates or getting engaged after a few months. In some cases, these romantic relationships started before the pandemic but were still in their early stages. Others began during lockdown itself, when singles living alone found themselves moving in with relative strangers (often met via online dating) to form ‘safety bubbles’ of support.
‍

Of course, rules against different households mingling together probably played a huge part in these decisions to share living spaces. Yet it’s likely that strong emotions around the pandemic helped to speed up intimacy in relationships, making them feel more intense as a result. And in a time of extreme confusion and loneliness, coupling up offered a comforting antidote to isolation.
‍

Additionally, as there was a limited pool of people who we could meet up with, those people that we could see suddenly played a much more central role in our lives. And as a result, we may have looked to them to meet a wider variety of needs. Plus while our lives were on hold, getting to know a new romantic partner may have created a sense that we were still moving into the future, reducing feelings of stuckness and frustration. The getting-to-know-you period itself may have felt more intense as a result, perhaps being less about lighthearted romance and more about deeper discussions around shared values.
‍

Whatever the reasons, all of this was in stark contrast to our previous ‘swipe right’ culture of online dating, where a seemingly endless parade of choices often made it difficult to settle on any one person. Yet after the Covid-19 outbreak began, many began to see the benefits of having one close partner to rely upon in times of trouble. But the question is — as we all ease into the post-Covid era, can pandemic turbo relationships last? Are relationships formed in times of crisis even healthy and advisable in the first place? And how will they adapt to suddenly being outside of the safe bubble of two?

A research study into pandemic romance by eharmony and Relate suggests that the outcome for many turbo relationships could actually be positive. In the study, 36% of people who were newly living with a partner said that the previous two months had felt like two years of commitment. Added to this, many confirmed they had moved in together more quickly than they might have during pre-pandemic times.
‍

In fact, there could be various benefits to turbo relationships. For instance, couples might feel more bonded to one another after weathering a major crisis together, plus there is a certain comfort that comes from being seen — and accepted — at your rawest and most vulnerable.
‍

Added to this, as relationship milestones like moving in together have already been achieved, there could be a greater surety in each other’s level of commitment. Plus during difficult periods, there is also the opportunity to see how you function as a team and how you support each other emotionally. However, it is also worth acknowledging that turbo relationships could face various issues in post-Covid times.

The challenges of rapid romance
‍

Negotiating closeness and distance is necessary in any relationship but during the pandemic, this was largely dictated by circumstances outside of our control. Now that we’re re-entering the world again, the balance of our lives will change and this will naturally affect our relationships. It may even bring up important issues around communication and boundaries.
‍

For many people, breaking up the ‘couple bubble’ to return to the world of work, socialising and family commitments (and in some cases, to split into two households again), could bring up real feelings of loss. Some might find that their partner wants to dial back on closeness now that the crisis is over, leaving them feeling hurt or confused. There could also be conflicts around the question of ‘are we living together forever or was it just for the pandemic?’ Overall, new challenges could arise around negotiating distance, for instance, deciding what time to spend separately and what time to spend as a couple.
‍

It goes without saying that old childhood traumas and unhealed emotional wounds could be triggered as a result. For instance, some people might interpret any new distance in their relationship as meaning that they are somehow ‘unworthy’, are being ‘rejected’ or are about to be ‘abandoned’. Plus partners spending time with other people may feel threatening, bringing new issues like jealousy and trust to light. This time of transition could be particularly difficult for couples with contrasting attachment styles — for instance, where one partner is avoidant and the other anxious — as they might find that now the dust has settled, conflicts start to arise.
‍

Additionally, individuals with codependent tendencies (in others words, who have a very strong reliance on the relationship) could experience genuine grief and fear. This could be especially true for anyone who felt like the ‘rescuer ’ in the dynamic, for instance, who took care of their partner when they got sick with Covid, or helped them with mental health challenges, or provided economic support. In the post-lockdown era, those individuals might suddenly wonder what their role in the relationship is and may even resent their partner’s return to independence.
‍

In the words of Pia Mellody in Facing Codependence: ‘...codependents simply don't appear to understand what moderation is. They are either totally involved or totally detached, totally happy or absolutely miserable, etc. The codependent believes a moderate response to a situation isn't “enough". Only too much is enough.’ And when you throw in a global crisis like a pandemic, the urge to merge deeply with another person might have become overwhelming for some.
‍

Also, for some individuals, love can feel like an actual addiction similar to a dependency on drugs or alcohol. So as we move out of lockdown and couples begin to pick up the threads of their old lives, one partner could experience physical and emotional symptoms similar to drug withdrawal. This could include panic, fear, depression, denial, irrational thoughts, insomnia, weight loss and flu-like symptoms. It is also worth remembering that love addiction dynamics can often start on a high where everything feels ‘perfect’, so when conflict, distance and rejection appears, it can be incredibly painful. Learning new things about a partner such as how they act around their friends or that they don’t reply to messages when they’re back in the office can show them in a different, less ideal, light.
‍

But attachment, codependency and love addiction aren’t the only issues that turbo relationships might face, as it’s worth bearing in mind that even couples with relatively stable attachment styles could still be struggling right now.

Adjusting to a relationship outside of the bubble
‍

Of course, none of this means that turbo relationships can’t last — it just means that the post-Covid era may well bring up a whole new set of challenges to navigate. However, these challenges don’t need to be seen as negative, instead, they could be viewed as an opportunity to grow closer, to mature together and to have open, honest conversations that will lead to a stronger relationship over time. And if you are finding it difficult to adjust, then individual or relationship therapy could help you through this time of transition.
‍

A good therapist can help you to uncover underlying patterns, beliefs and behaviours around relationships that could be causing you pain and confusion. For instance, therapeutic approaches such as CFT can help you to develop more compassion for yourself and your romantic partners, ACT can help you to explore your values and what’s important in your life, while Schema Therapy can help you to see how unmet needs in childhood might be causing feelings of unworthiness in relationships (or even drawing you towards unavailable partners).
‍

It’s also worth considering the useful distinction that author and therapist Esther Perel makes between love and desire in Mating In Captivity. In her view, love is about having — in other words, feeling close, together and secure with your partner. Desire is about wanting — which requires some separation from your partner. Those who had plenty of the first in the lockdown ‘couple bubble’ could now frame this return to everyday life as a chance to embrace the second, even exploring the more erotic side of their relationship. For many people this will be a positive thing but for others, it could bring up issues to work through.
‍

Right now, it’s much too early to predict what ongoing patterns in pandemic turbo relationships will be. Some couples might deepen their commitment, while others could decide to slow things down, choosing to live separately again so that they can experience any dating milestones they missed. Some might need to renegotiate their relationship and expectations completely, setting new boundaries around how much time they spend together, while others could decide to end things for good if they decide that their needs can’t be met. However, while decisions around commitment and cohabiting often had to be made quickly during the pandemic, decisions about the future of the relationship don’t.
‍

Relationships move at different paces and the speed at which one progresses doesn’t determine how healthy it is or whether it is likely to last. Because in the end, there is no bypassing the core aspects of all relationships, such as negotiating boundaries, developing effective communication and finding ways for both partners to get their needs met. Although some of these areas may not have been a core focus during the pandemic, they will probably emerge for turbo couples as 'normal life' resumes. However, the key thing to remember is that it’s not the pace of your relationship that will decide what happens next — it’s about the work that both of you put into your partnership going forward.
‍

Struggling with relationship issues at the moment? You are not alone. Find a fully accredited individual or couples therapist with MTA. 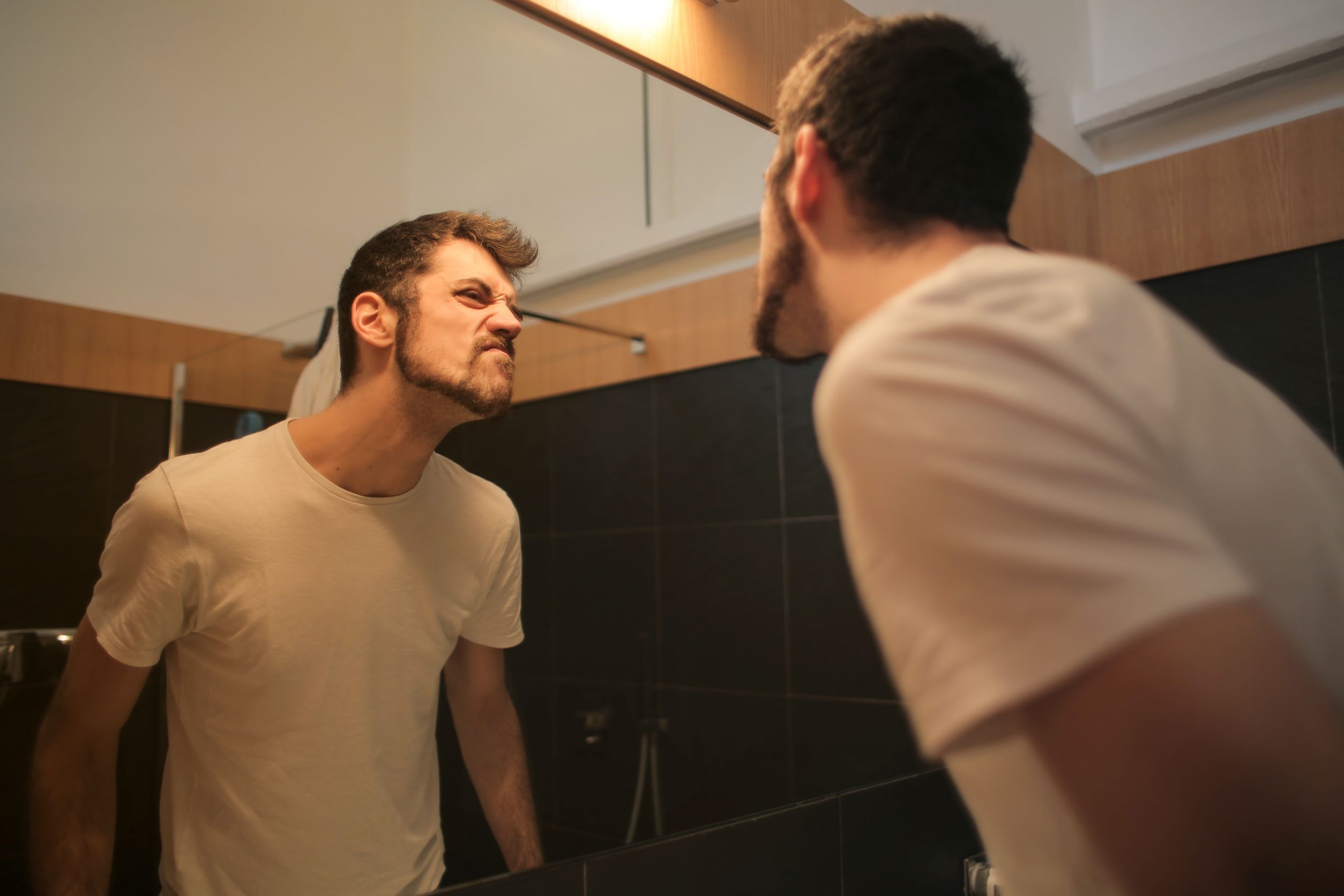 Beating imposter syndrome — how to stop feeling like a faker

Imposter syndrome can make you doubt your abilities and feel like a faker. Find out how to overcome it… 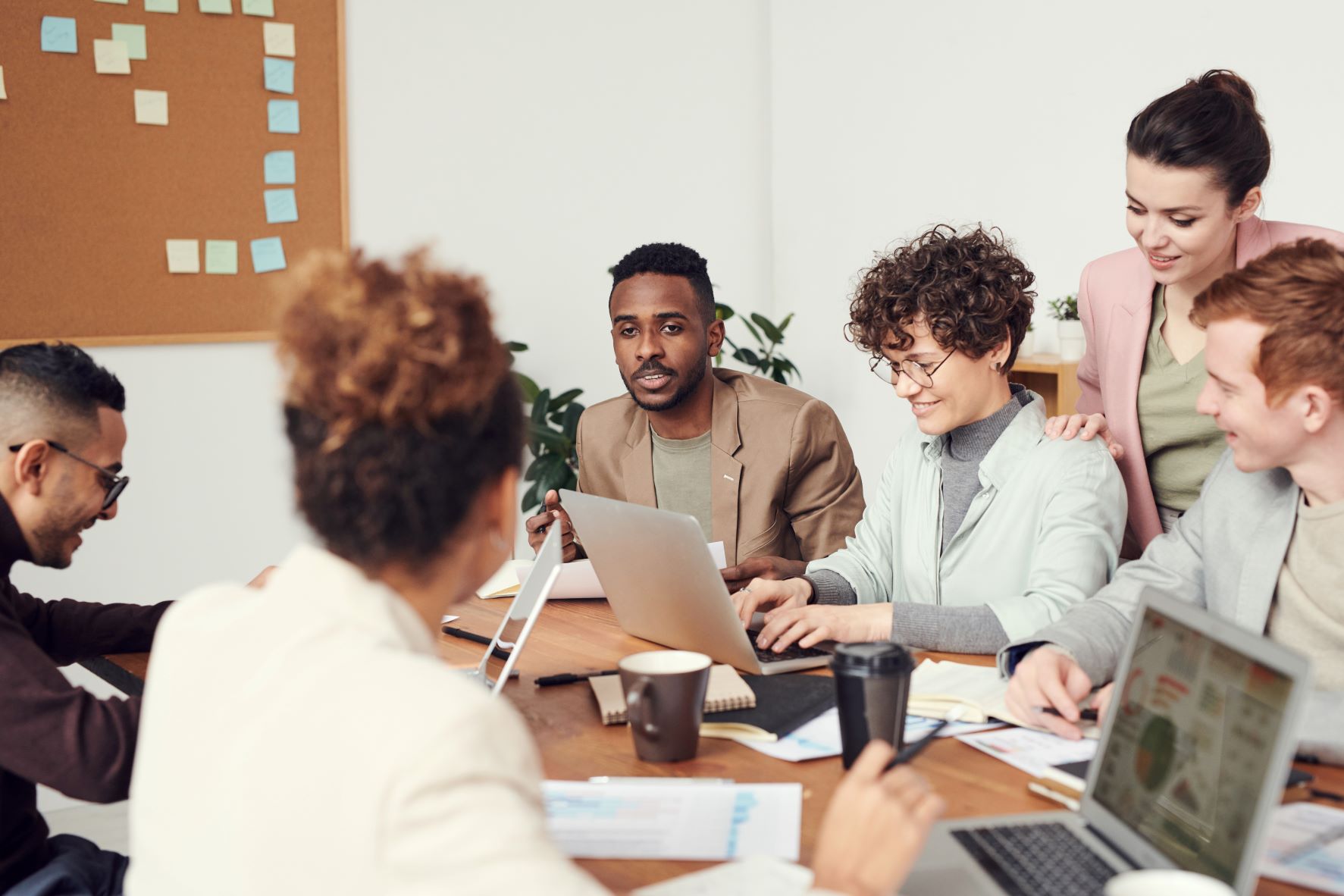 Want better relationships at work? The secret might be in your communication style

Confused by colleagues? Struggling to assert yourself at work? Here’s how to understand the different communication styles while also improving your own