Perfectionism and procrastination — are they secretly the same thing?

Do you have days where you just can not complete a task or find yourself focusing on one task to the complete detriment of everything else? Here we take a look at perfectionism and procrastination and how they can affect us…

You have an important job to do and a deadline to do it in. Yet try as you might, you can’t quite seem to get started. Instead, you find yourself distracted by checking your bank account, rearranging the jars in your cupboard and watching YouTube videos. You seem to be able to focus on anything — anything at all — except the dreaded task that’s now looming over you like a hungry vulture.

We often think of procrastination and perfectionism as two totally separate issues. The former seems more concerned with gazing at a seagull ambling along your windowsill than completing your tax return. The latter goes full overboard with that same tax return, obsessively checking each and every receipt three times over with a magnifying glass. How can they possibly be the same thing underneath?

Both perfectionism and procrastination can be a paralysing force that can make every task feel like a painful mountain to climb. And it is important to note that when we talk about the paralysing kind of perfectionism, we are not talking about healthy striving. We are not talking about accuracy, diligence or a commitment to excellence — all of these are positive traits. After all, if someone was proofreading your academic dissertation or performing intricate surgery on you, then you would want them to aim for a high standard when doing so.

Rather, we are talking about perfectionism as an issue that can erode your peace of mind, goals and might even compromise your ability to ever complete anything. Setting high standards — often unachievably so — that are pursued relentlessly despite negative outcomes.

And in the words of Brené Brown in The Gifts of Imperfection, ‘Perfectionism is not the same thing as striving to be our best. Perfectionism is not about healthy achievement and growth; it's a shield.’ She also adds that ‘…understanding the difference between healthy striving and perfectionism is critical to laying down the shield and picking up your life. Research shows that perfectionism hampers success. In fact, it's often the path to depression, anxiety, addiction, and life paralysis.’

Yet while most of us can agree that procrastination is distressing and at times even debilitating, sometimes, it can be a little difficult to tell the difference between healthy and unhealthy perfectionism. So if you are a perfectionist and aren’t sure if this is being expressed in a healthy way or not, then the book Overcoming Perfectionism has some useful resources to help you make sense of this.

Perfectionism and procrastination as responses to threat

We can understand both perfectionism and procrastination through an evolutionary lens, by looking at our body’s survival responses to perceived threats. In other words, our nervous system’s Fight/Flight triggers. From this framework, the threat is the fear of not being good enough, of being ‘found out’ as an imposter and perhaps most importantly, the fear of shame you will feel if you fail. Perfectionism can be seen as our Fight system taking over — in other words, our drive to ‘fight against’ a threat to our self-esteem and feeling inadequate, instead trying to relentlessly show that we are good enough, perhaps even better than others, by falling into obsessive (and at times even ‘workaholic’) behaviours.

In contrast, procrastination can be a sign that our Flight system is taking over ‘running’ from difficult feelings by avoiding the task that evokes them. In more extreme forms, this might also involve our Freeze system playing out, causing us to become frozen in inaction, distraction or daydreaming. This is because the feeling that you must do a task perfectly can cause you to become so paralysed and intimidated that your brain wheels off in various different directions instead. This is where the procrastination trap can begin.

And if you are dealing with this issue, then you’re not alone. In fact, procrastination is a very common problem, most likely exacerbated by living in an era of smartphones, social media and endless free entertainment. According to Professor Joseph Ferrari, author of Still Procrastinating: The No Regrets Guide to Getting it Done, as many as 20% of people are ‘chronic procrastinators’. In other words, people for whom the issue has a long term, often damaging impact on their lives.

Yet the question is, what makes some of us chronic procrastinators or perfectionists?

The childhood causes of perfectionism and procrastination

At the core of these paralysing behaviour patterns is often a powerful belief — the belief that your self-worth is based on your achievements. This means that you might lack a deep inner sense that you are worthy of love no matter what (and whether you succeed or fail). Instead, it might be the case that if you under-perform at a task, your sense of worth takes an agonising hit alongside this. And if every significant task feels as if it is linked to your inherent value as a person, then getting bogged down in perfectionism or procrastination is an understandable reaction.

Yet why are you in the habit of linking performance with self-worth in the first place?

Research indicates that perfectionism can sometimes be rooted in having parents with high expectations, or who were critical, shaming or abusive in some way. For instance, you may have grown up in a home where straight As were expected at school or where you were pushed hard in a particular area, such as dance or sports. Perfectionism can also be a learned behaviour, so if your parents and older siblings were high achievers then you may have felt pressure to be the same — even if this wasn’t voiced by your parents.

And if you didn’t always manage to be perfect or ‘the best’, your parents could have reacted in different ways. This could have included criticising you, withholding praise, giving you the silent treatment or even abusing you verbal, emotionally or physically. Since as a child you weren’t able to comprehend that this was wrong behaviour on their part, you might have come to blame yourself for not ‘measuring up’. Eventually, these high and harsh expectations might have become internalised into a harsh inner critical voice that still haunts you to this day.

That said, people can also become perfectionists when they grow up in chaotic or unstable homes where there wasn’t necessarily pressure to do well. In this environment, doing everything to a high standard can be a way of feeling safe and in control. Related to this, high performance can also be a way of escaping difficult circumstances, for instance, achieving excellent exam results as a route out of poverty. In the words of trauma expert Pete Walker, author of Complex PTSD: From Surviving to Thriving: ‘My perfectionism arose as an attempt to gain safety and support in my dangerous family. Perfection is a self-persecutory myth.’

Additionally, schema therapists offer another perspective on why some individuals might show perfectionist tendencies. They believe that people whose emotional, mental or physical needs weren’t met in childhood can often experience intense emotions that they don’t fully understand. They might also believe that there is something ‘bad’ or ‘wrong’ with them for having these feelings, so try to compensate by pushing themselves to be perfect as a way of escaping shame.

For instance, as a child they could develop the unconscious belief that ‘I’m a horrible person for feeling so angry, so I must be a really good student at school to make up for it.’ In this case, it is shame that is driving their perfectionism, rather than a desire to please their parents or feel safe within chaotic circumstances. As Brené Brown puts it, ‘Wherever perfectionism is driving us, shame is riding shotgun and fear is that annoying backseat driver!’

Whatever the root cause, as an adult you might continuously worry about not performing tasks perfectly, perhaps for fear that others will look down on you or even reject you (whether that is a boss, friends or partner). You might also fear losing everything you’ve worked for if you can’t maintain super high standards. And every time you feel that you have ‘failed’ at something, you might find that your inner critic goes haywire with the blaming and shaming. Finally, you might find that buried childhood feelings of frustration, anger and abandonment come rising to the surface.

This can be incredibly painful, especially when it feels like any misstep reinforces long-standing beliefs you might have about not being good enough or even ‘worthless’. And when every task feels as if it has super high stakes attached to it — and when you risk triggering a tyrannical inner critic if you don’t do it well enough — is it any wonder if you procrastinate?

Perfectionism and procrastination can be a huge drain on your life, but the key is to pay attention to the underlying issues that they might be flagging up. And usually, this is a deep-seated belief that you are not good enough, as well as related fears of judgement, rejection, guilt, exposure, failure and shame. You are not to blame for any of this, but you do have the power to start changing it.

Breaking free of perfectionism and procrastination isn’t a case of finding one ‘quick fix’ but rather, building up a toolbox of strategies to manage these ongoing patterns. We discuss these more in our next post. Becoming more aware of when you’re engaging in these behaviours can be an important first step.

Need help with perfectionism, procrastination or similar self-sabotaging patterns? Get to the bottom of the issue by booking an appointment with a world-class MTA therapist today. 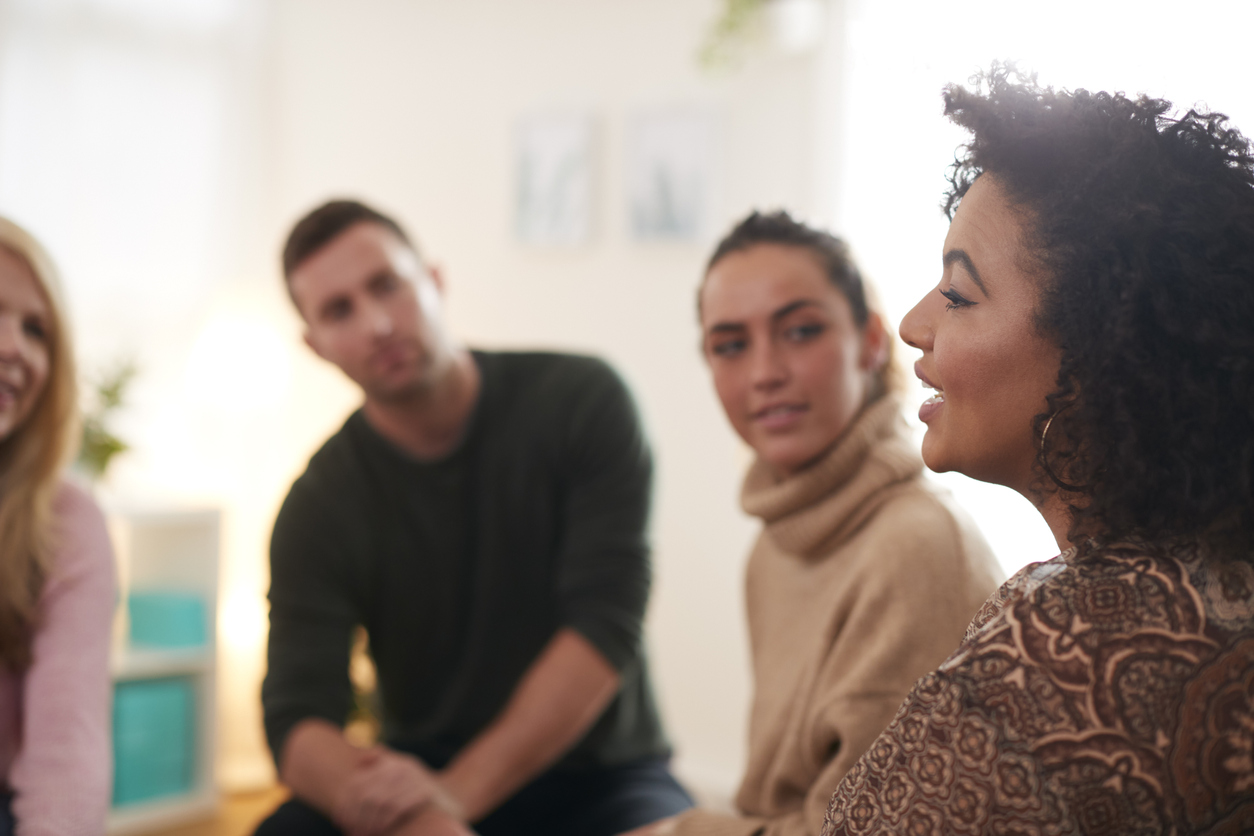 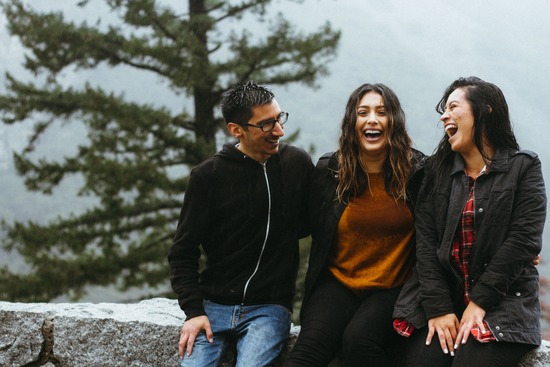