Imposter syndrome can make you doubt your abilities and feel like a faker. Find out what causes it

‘The exaggerated esteem in which my lifework is held makes me very ill at ease. I feel compelled to think of myself as an involuntary swindler.’

There is a name for the feeling of being a ‘fraud’ or a ‘pretender’ in the workplace, education or life: ‘imposter syndrome’. And it’s important to understand that it’s not just people who are new to jobs or careers that experience it. In fact, imposter syndrome can affect star CEOs, leaders in their field and experienced veterans of any profession. But what causes it, exactly? And is there anything you can do about it?

What is imposter syndrome?

‘Very few people, whether you’ve been in that job before or not, get into the seat and believe today that they are now qualified to be the CEO. They’re not going to tell you that, but it’s true.’

Imposter syndrome is doubting your abilities and feeling like a fraud. It is the feeling of not being worthy of a role — and the success and recognition that comes with it — despite evidence to the contrary. It is a nagging sense that you are not capable, skilled or deserving enough for a position that you are in. Even if your qualifications and experience are excellent, you might still convince yourself that you have only done well due to good luck, bluff or feigned confidence. You might have a hard time believing that you have earned anything due to your own abilities, even if you get regular praise from others.

So even when you are leading a meeting, overseeing a project or managing a team, you might be able to project an outward air of confidence but inside, still secretly feel like a newbie who is muddling their way through. And while imposter syndrome is not an actual mental health condition, it is definitely recognised as an issue by psychological researchers and therapists. In fact, it’s one that can cause you a lot of problems in the workplace. This is because it can lead you to constantly second-guess and doubt yourself, leading to procrastination, over-preparation, anxiety and stress. It could also hold you back from going for promotion or pushing yourself forward in your career.

Yet the thing to understand about this phenomenon is that it is surprisingly common. This means that you could be sitting at a boardroom table thinking that you are the only person dealing with it, while in fact more than half the room might be feeling exactly the same way (including your boss and your boss’s boss too). In fact, a 2019 UK study of 2000 people conducted by researcher Clare Josa found that about 50% of people struggle with imposter syndrome. Not only that, but they had dealt with it ‘daily’ or ‘regularly’ over the previous year. Interestingly, her findings showed that it seemed to affect an almost equal number of men and women, although different genders responded to it differently. For instance, men were less likely to talk about it and bury their feelings in medication or alcohol, while women tended to be more open about it.

So if you are dealing with imposter syndrome, then you are not alone — it can affect anyone, even extreme high achievers. In fact, it is so prevalent that former Dean of Harvard Business School, Kim B. Clark, decided to tackle it head-on with his students. So on the very first day of class each year, he would ask everyone who felt that Harvard made a mistake by accepting them onto the course to raise their hand. The room was quickly filled with a sea of raised hands, demonstrating to the students that they were not alone in feeling this way, that it is in fact totally normal.

‘Sometimes I wake up in the morning before going off to a shoot, and I think, I can’t do this. I’m a fraud…I’m there thinking, “Oh my God, I’m rubbish and everyone is going to see it. They’ve cast the wrong person.”’ Kate Winslet

But what causes imposter syndrome? Why do so many of us have this persistent fear of being ‘found out’ or ‘exposed’? And are some of us more vulnerable to it than others?

In actual fact, there is usually one single root cause — low self-worth. And this can be hidden beneath the surface of even the most confident seeming leaders and CEOs.

People with low self-worth tend to be dominated by a harsh ‘inner critic’ that is always pointing out their shortcomings, failings and faults. This inner critic might repeatedly tell them that they are always messing up, are ‘stupid’, ‘useless’ or ‘worthless’, or are simply ‘not enough’.

This sense of low self-worth can result in overcompensating in the workplace, for instance through constant striving, perfectionism and even workaholism. Eventually, this can lead to a kind of ‘identity split’ where there is an outward, impressive, high achieving ‘you’ and an inward, hidden, younger ‘you’ who still feels inadequate and useless. What’s more, this younger, more vulnerable part is terrified that it will one day be unmasked and exposed, causing added stress and anxiety.

Yet while the inner critic can be distressing, there is actually an evolutionary reason for its presence. Essentially, we are wired to survive, which involves paying attention to things that could put us in danger. Yet this doesn’t just include physical threats, it includes social ones as well, for instance, the threat of being cast out of a group for not being useful enough. For this reason, we are much more likely to pay attention to our ‘failings’ or ‘mistakes’ than our successes or achievements — it’s just how we are wired.

However, some people have much harsher inner critics than others, sometimes to a debilitating degree. This can be for a variety of reasons, including growing up with emotionally unavailable parents, being bullied, or just being treated as ‘different’ in some way as a child. If this is the case with you, then you might be more vulnerable to experiencing imposter syndrome.

Different types of family systems can foster feelings of being an imposter. For instance, you might have become susceptible to feeling like a ‘faker’ if you grew up with parents who were critical, perfectionistic and demanded high levels of achievement. This may have caused you to feel that you had to project an air of confidence that you didn’t always feel inside.

Another theory is that families that are high in conflict and low in support can also create imposter syndrome. Growing up in this environment could have caused you to believe that the world is a hostile or dangerous place, where it just isn’t safe to be vulnerable or admit to any weakness or fear. So again, you might have the feeling of having to continuously put on a front with others, especially in the workplace.

Mental health challenges usually have low self-worth at their root so can both cause and aggravate imposter syndrome in the workplace.

For instance, if you’re struggling with depression or low mood, you will likely have a highly critical view of yourself, while anxiety can make it hard to believe you will be able to cope or be safe. In particular, people who are ‘high functioning’ but also experience depression or anxiety may have the sense that they are ‘faking their’ way through their roles. For while they might manage to seem cool, confident and collected on the outside, they can be flooded with fear and crushingly low self-esteem on the inside.

For people who have grown up through adverse life experiences and have complex trauma, they may have still have a part of themselves who still feels those same feelings of fear or shame, still sees themselves as they did back then — incompetent, inadequate, worthless, powerless. Yet there’s now an older part of them who’s now in a successful, even powerful, position. This can then mean that you might find yourself struggling with conflicting emotions, where one part of you feels confident and the other, angry, anxious or afraid and fearful that you are about to be ‘found out’ or ‘exposed’ by others. And it can be hard to manage or reconcile these two different parts of you, particularly if you are trying to conceal signs of a post-traumatic response, such as fear, anger, mood swings, dissociation or flashbacks.

And since the workplace can often be filled with trauma triggers, people with symptoms of trauma can sometimes feel as if they are stepping through a daily minefield — and all while being expected to perform at the same high level as others. Also, trauma can breed powerful feelings of shame, which coupled with the inner critic, can cause you to be very hard on yourself for making mistakes and berate yourself as a ‘fraud’.

How can you deal with imposter syndrome?

If you feel that imposter syndrome is affecting your wellbeing or stopping you from achieving your goals, then talking to someone could make a big difference.

Yet when it comes to imposter syndrome, the goal shouldn’t be to erase it completely, as it might always be there in some shape or form. In the words of Michelle Obama, ‘I still have a little impostor syndrome… It doesn’t go away, that feeling that you shouldn’t take me that seriously...’

Instead, a more helpful goal is to learn to recognise these feelings for what they are — just feelings, not facts. Next, you can develop tools for managing them when they come up and also start recognising the situations that trigger them. Finally, and perhaps most importantly, you experiment with being open about these feelings with others, where appropriate. In doing so, imposter syndrome will lose a lot of its bite and you can finally start enjoying everything that you’ve worked so hard to achieve.

Need help with imposter syndrome, low self-esteem or other career challenges? Connect with a world-class MTA psychotherapist or psychologist today for an in-person, video or live chat appointment. 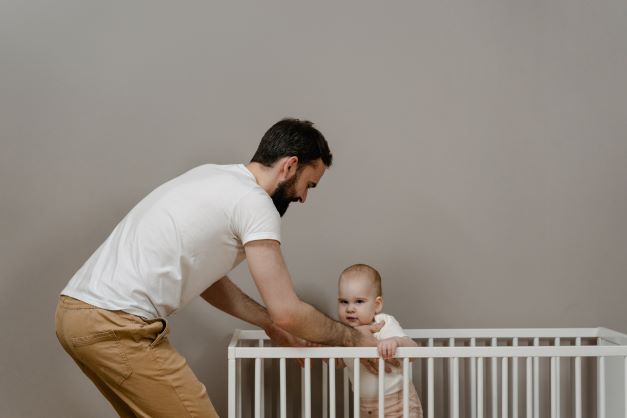 Mental health in fatherhood — why does it matter?

Fatherhood can be challenging. Here are some of the key mental health issues that dads can face — and what they can do about them. 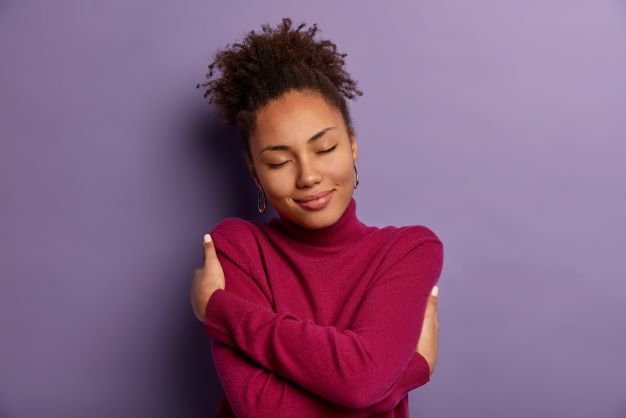 A Blind Date with Self - How it feels to start psychotherapy 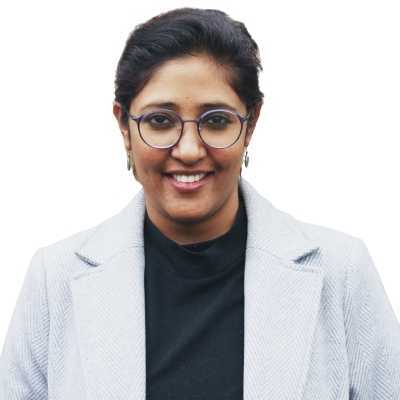